A solution for any need...

Albarella is a private island situated in the lagoon south of Venice, within the regional park of the river Po Delta in Veneto; It is linked to the MAIN LAND by a bridge, and it is 5 Km long and 1.5 Km wide. Its name comes from the white poplar tree, “populous alba”, which is part of the 150 different arborel species that cover 528 hectares of the island. 100% of the surface is under strict environmental protection. Albarella represents one of the most elegant and the best of the Adriatic destinations, conceived as a protected area, where the contact with nature, free-living animals – deer, pheasants, hares, herons, Western marsh harrier, black-winged stilts, egrets – peace and silence are the most important elements for a totally relaxing stay. From the beginning the access to the island, characterized by villas and flats for your holiday, all types of sport activities as well as commercial ones, is regulated. . Whoever enters in Albarella finds himself/herself in a world and atmosphere of total relax, like a world apart, where the cars stay parked for the whole duration of your stay, where acoustic pollution does not exist, where the quality of life is of very high standard.

For the year 2015 Albarella had obtained the BLUE FLAG, recognition assigned by FEE- Foundation For Environmental Education given to the seaside resorts that respect relative standards to sustainable land management. 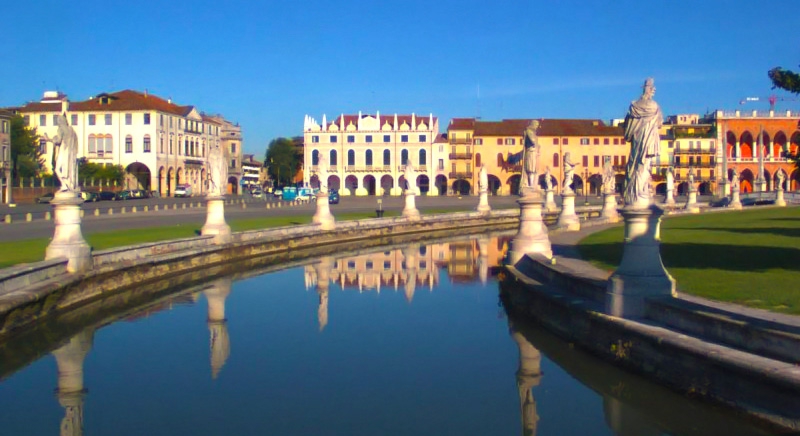 The city of Padua has been defined as “The Capital City of the Fourteenth Century Painting” by the art critic Vittorio Sgarbi: The pictorial testimony of the fourteenth century—above all, Giotto’s series in the Capella degli Scrovegni—makes it a crucial knot in the development of western art. The artistic splendor of the fourteenth century was one of the figments of the great cultural fervor supported by the rule of the Carraresi that yield one of the main centres of the pre-humanism. From 1222 it has been the main centre of a prestigious university that can be collocated among one of the most ancient of the world. Bishop’s seat at the lead of one of the largest and oldest Italian diocese is universally known as the city of the Saint. The holy name by which Saint Anthony (Sant’Antonio) is called in Padua. The famous Franciscan born in Lisbon in 1195 lived in the city of Padua for some years, where he died on June 13, 1231. The Saint’s mortal remains are kept in the Basilica di Sant’ Antonio, important destination for the Christian pilgrimage and one of the main monuments of the city. In Padua are also worshiped the relics of Saint Luca, Saint Mattia and Saint Leopoldo Mandic.
Deepen 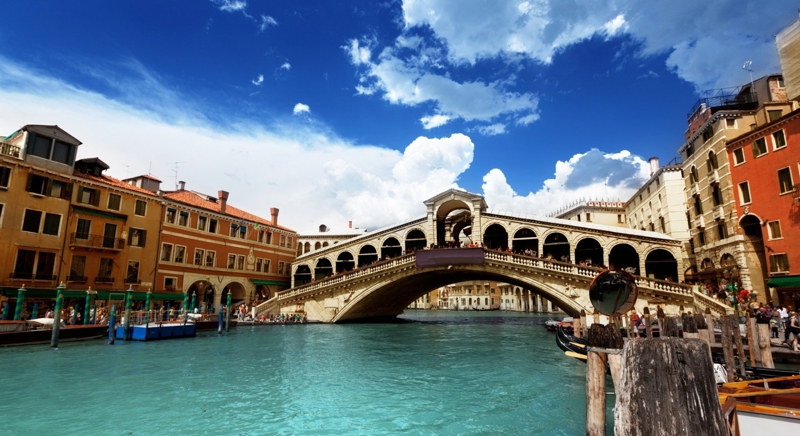 The city of Venice was for more than a thousand years the capital city of the Venice Republic and it is known for this as the Serenissima, the Dominant, and the Queen of the Adriatic Sea. For its characteristic town planning and for its artistic heritage, Venice is universally considered one of the most beautiful cities of the world and it is considered , along with its lagoon, one of the Italian World Heritage Sites by UNESCO.
Deepen 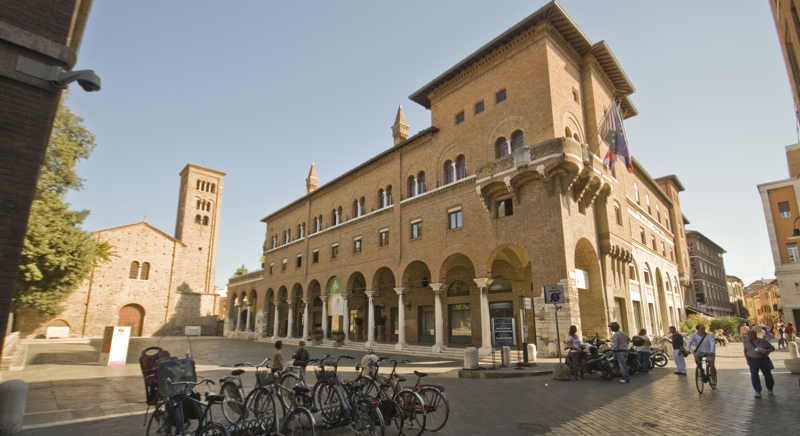 In Ravenna one breathes the air of a great city, where history, art and culture pervade every space. Known all over the world for its historical and artistic beauties, the city preserves the richest heritage of mosaic dating back between the fifth and sixth century AD inside its awesome religious Paleo-Christian and Byzantine buildings, declared World Heritage Site by UNESCO. Going along its historical city centre , Walking or cycling through the historical city center is like reliving a thousand-year-old history that, starting from the Roman Age goes through the Renaissance period and reaches up to the nineteenth century, when the city was rediscovered by famous visitors like Lord Byron, Oscar Wilde, Sigmund Freud and Gustav Klimt.
Deepen 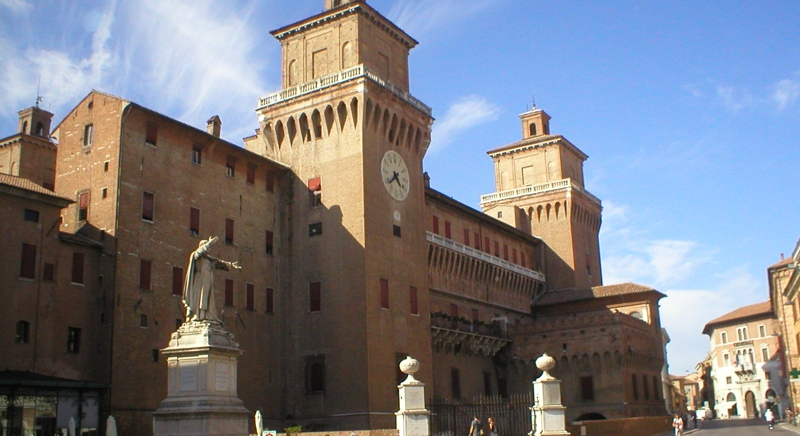 Ferrara is the city that has seen the first “Modern Town Planning in Europe”, realized by Biagio Rossetti with a perfect fusion between new and ancient, by linking the Medieval story of the city with the New Renaissance layout. Since 1995, the historical center of Ferrara has been registered by the UNESCO as one of the World Heritage Sites. The city center is natural location for the main cultural events of the city, which has become the distinguishing feature of this city in the world. Ferrara is a city that has to be “Tasted” in the literal sense, discovering the products of its secular gastronomy, a city that is worth its ticket, to visit in the quiet patience of time.
Deepen

PARK OF THE RIVER PO DELTA

The Po Delta is a sedimentary deposit formed at the mouth of the river Po, in the Adriatic Sea. It takes up an area of more than 400 Square Km and it is made up of 5 river branches, the Po of Maestra(or Maistra), the Po of Pila, the Po of Tolle, the Po of Gnocca and the Po of Goro. Fan-shaped triangular Delta formed by stages, the Po Delta has changed over the millennia its physical appearance. In continuous growth , in the last century the area of the Delta has continued to advance at the average of 70 meters each year. The Po Delta- area, which has always been subject to floods, has undergone several hydraulic control projects and reclamation works. The area presents an extraordinary wealth of natural environments and a great variety of animal and plant species. To protect the Delta, one of the most extensive wetlands in the Mediterranean, the Po Delta Regional Park was established in 1988 and included in the UNESCO World Heritage list .
Deepen 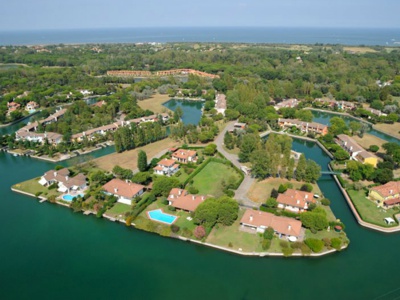 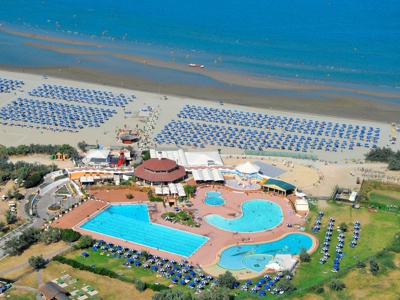 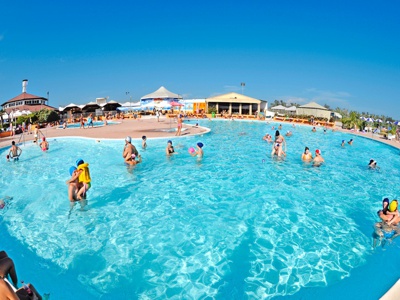 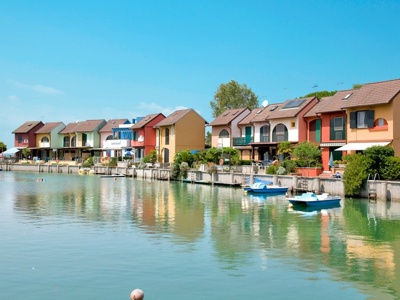 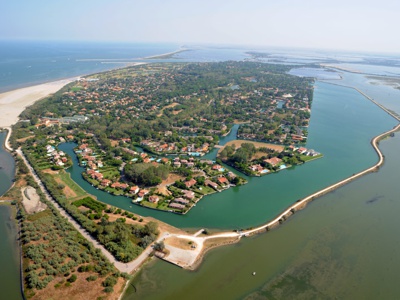 For an unique experience for your holidays, choose Immobiliare SEP Contact Us!